The next gambling game on our list is “Keirin” (競輪). Keirin which is bike racing is the next big betting game in Japan. While not as big as Keiba, he has a sizable loyal fan base.

Keirin (“competing wheels”) began in Kitakyushu shortly after the end of World War II, and involves a group of 9 cyclists (for a certain number of laps, cyclists must ride behind a speed controller (turf motorcycle or tandem bike), which gradually accelerates from 25 to 50 km/h) making several laps around the velodrome. At first the races were purely for gambling, but now they are also popular due to their sporty competitive side. 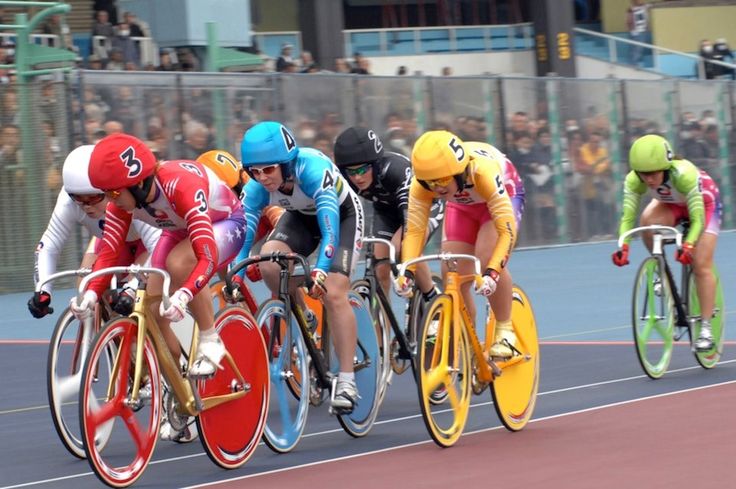 Keirin competitions are organized by the JKA (Japan Keirin Auto-race Foundation) and these competitions are held throughout the country (there are tracks in almost all prefectures). You can go straight to the venue to place your bet and watch the race, or you can go to one of the many off-track betting spots.

The most interesting thing about Keirin is that it has 2 aspects. There is an aspect of gambling, which is why I write about it in this article. But there is also a sporting aspect. There are about 2,300 registered cyclists who are professional athletes, some of whom will qualify for the Olympics.

You may have seen pachinko (パチンコ) in Japanese movies, anime, or documentaries. It’s like a combination of a pinball machine and a slot machine, and isn’t really considered gambling. It is also the only entry on this list that is not regulated by the government, making it unique from the rest.

More recently, the game has evolved to become pachislot, or a pachislo hybrid of slot machine and pachinko. Salons are called “Pachislot”. They are huge, noisy and brightly lit buildings. They are easy to find in any city in Japan.

Pachislot is the overwhelmingly most popular “gambling game” played in Japan, accounting for approximately 40% of Japanese entertainment. What makes Pachinko so popular compared to other gambling games?

The main reason for the popularity is that most people who go to Pachinko don’t do it in the hope of winning some extra money. Most people go to relieve stress, get distracted from work or study.

So, as you can see, Pachinko, this is much more than just gambling. There is a deeper cultural and historical factor that makes it so popular.

But if you want to experience the taste of Pachinko, it will be difficult for you to just walk into the Pachislo room and start playing, as the staff are not used to serving English (Russian speaking) customers. Therefore, we strongly recommend that you familiarize yourself in advance with the culture and history of this exciting game, and with the rules of conduct in the club.

Fortune lottery tickets – takarakuji (takarakuji) are usually sold in small shops in large cities where the lottery is held. Lotteries are held on certain days. New Year’s lottery tickets are sold exclusively at Mizuho Bank. They are then distributed by resellers. Jumbo Nenmatsu Takarakuji (takarakuji) is not the only type of lottery. But here the top prize could be ten million yen or more. However, according to the law, 50% of the profits from such lotteries must be sent to charity and to the state treasury. Japanese lotteries can be of several types. These are mainly numbered, digital, number variations and traditional card games. The price of each ticket ranges from 100 to 500 yen. The Japanese yakuza, they are also criminal gangs, contain illegal casino halls, since the gambling business is one of their main activities. Only there they play seriously, big and for money. In addition to traditional gambling: cards, roulette, you can play Chinese mahjong. It is noteworthy that in Japan there are many resources with online casinos, despite the fact that this is prohibited. Unlike countries where, if you really want to, players can freely spin virtual roulette, for example, directly on the Internet, the Japanese are balancing on the verge of the unlawful at their own peril and risk.

When playing pachinko, you need to win small metal balls made of steel. The diameter of each ball is exactly 11 millimeters. The price of one such ball in Japan is about four yen, but players, without trifles, usually take a thousand yen at once. The game consists in directing the balls to the target through a variety of various obstacles that affect the trajectory of the balls with the help of a special device that affects their speed. The goal is the winning pockets on the playing field of the pachinko machine. Most of the balls, having safely bypassed all the obstacles, will fall down and inside the machine, and will not bring the player any bonus. But some balls will still fall into the pockets, which activate the machine and it gives out a prize. The winnings are the same balls that are poured automatically into a special tank. Later, these balls can be exchanged at the box office for prizes, and the prizes are then clandestinely exchanged for money in the immediate vicinity of the gaming hall. This confusing scheme is nothing more than a malicious manipulation, a deception of the Law of Japan, where games with cash winnings are prohibited. But the scheme has been successfully operating throughout the country for a long time.